On Monday 19th April 2021, Mike Hayward will be sleeping outside in his back garden to raise awareness of homelessness in Milton Keynes, and raise funds to help fight poverty and homelessness.

Alongside other business owners and directors from across Milton Keynes, Mike will be rolling out his sleeping bag for a second night of discomfort as part of the CEO Sleepout, an organisation which has to date raised over £2.7million for charities and causes that work to tackle poverty and homelessness in cities throughout the UK. 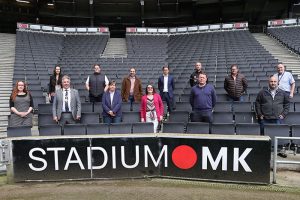 Mike says: “As a lawyer assisting people in times of hardship,  I have seen first-hand the  effect that poverty and homelessness can have on a person’s actions. Having participated in last year’s sleepout , I had a mere flavour of the sense of sleeping outside in the cold. Nothing could mirror the feeling those have who are forced to do so months on end. I hope that people will support the night as generously as they did last year and help us raise funds to try and help those who most need it in our community ”

To sponsor Mike’s night under the stars, please visit here